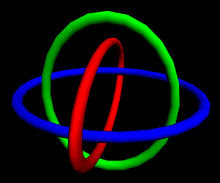 The Efimov effect is an effect in quantum mechanics that was predicted by the Russian physicist Vitaly Efimov in 1970. It has only recently been observed.

It's a bound state of 3 identical bosons that happen even if the force between any two of the bosons is not strong enough to cause binding.

In other words, these states only appear when you have 3 bosons, take any one away and the whole system disappears.