The Mathematics of Gun Deaths

The Mathematics of Gun Deaths 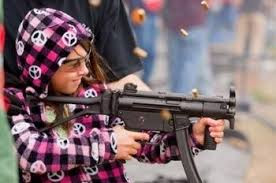 It happens with depressing frequency in the United States - there's a mass killing and the gun debate jumps to the front. There's much hand waving on both sides for a few days. Then it fades until the next time.

And there's always a next time.

So I decided to do some quantitative analysis. Turns out it's hard to understand guns. I'm no slouch at data analysis, but this turned into a mystery.

I looked at the AR-15, which seems to be the weapon of choice for mass killers. It's available for civilian ownership in many countries. Some make you jump through more hoops than others, but basically if you want one you can get one.

Then I looked at deaths by guns. The statistics include all types of gun deaths not just mass killings. The numbers are quoted as deaths per 100,000 of population per year. I used the United Kingdom as my baseline.

Of course, the United States is not the worst. The highest number I found was Honduras at 67.18 and the lowest was South Korea at 0.08

But still, I think most people identify the United States closely with the United Kingdom. I know I do.